A Book Made Us Run 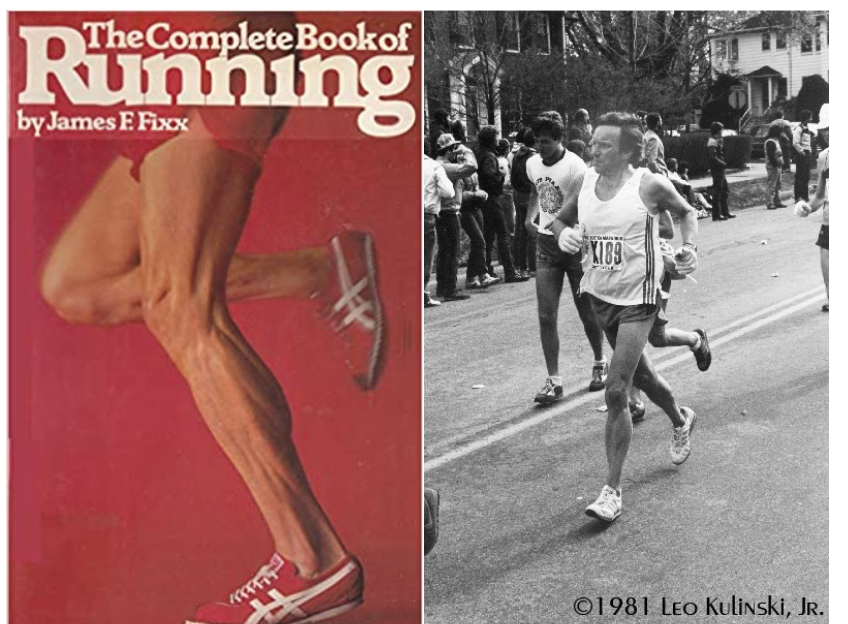 I don’t think any of you would disagree or believe it very profound if I say our world changed in 2020 — how we live, work and see ourselves.

How it’s going to shake out in the coming months is yet to be determined; I’m guessing we’re still in the messy middle.

As we all try to put the new pieces together, I thought about the books in recent years that changed us — books that changed our thinking.

I’m not talking about the *big* books that changed our culture like Charles Darwin’s On the Origin of Species or William James’ The Principles of Psychology.

I’m talking about books that became part of regular conversation, changed our behavior, and affected our consciousness as soon as they were in print.

Several decades ago, there was no such thing as ‘going for a run,’ running clubs, running stores, running shoes, or running gear.  And the few health enthusiasts and regular runners around in those days didn’t have a trainer or coach to help them ‘run better.’

Running was for track & field professionals, and many believed great runners were born — not made.  Roger Bannister was unique, and Jesse Owens had it in his genes.

Some even believed running was bad for you.

It wasn’t until 1977 when Jim Fixx published The Complete Book of Running that running & its attendant health benefits came to the forefront of our consciousness.

Fixx and his groundbreaking book got people to think of a new, healthier lifestyle through running.

The Complete Book of Running had an immediate impact on the consciousness of Americans — especially middle-aged Americans.

Although an ancient sport, marathons were a new phenomenon (outside of Boston) and didn’t garner the participation they do today. New York City’s first marathon was 1970, Chicago was 1977, and London was 1981.

Fixx and his book helped mobilize our feet. As the unlikely architect of the running revolution, Jim Fixx can claim much of the credit for the interest, enthusiasm, and acceptance of a running culture.

When Fixx began his journey in 1967, he was divorced, overweight, middle-aged, a heavy smoker working a desk job as a magazine editor. He was an American everyman. Living an unremarkable, and by his account, somewhat unhappy life.

One day he decided to go for a short jog. He didn’t get very far, but he’d taken the first steps. He kept taking steps in the days ahead.

But it was Fixx’s decision to share his journey and tips in a book, The Complete Book of Running that changed his life — and ours.

With its iconic red cover and picture of handsome, muscular legs (Yes, I have a first edition, and yes, they are his legs.), his book turned running into a ‘thing’ and Fixx into a celebrity.

He made the rounds on talk shows of the day and did commercials for Quaker Cereal and the American Express Card.

It wouldn’t be too far a stretch to say that his book led the American fitness revolution, created the notion of ‘going for a run,’ and started a lifestyle craze we see as positive and powerful today.

His book is still in print and available on Amazon.

There’s much in the book that’s dated. Our knowledge of food and nutrition has grown exponentially since 1977. But much of Fixx’s advice on becoming a runner is excellent, and his tips and advice are embedded in today’s running culture.

One might argue that it was Fixx’s desire to log his progress, quantify his results, and try to get better that had a profound impact on the business of regular runners.

Fixx was a religious tracker of his runs. As SI (Sports Illustrated) recounted from his journal:

And, later that month, after a Monday outing:

“What did I learn from this run? 1) it’s harder to run alone than with someone 2) and slower 3) three tootsie rolls seemed to help, but only a little.”

Tracking your run is common practice today. Back in the 70s, it was virtually unheard of for a recreational runner.

Fixx never had a fancy device strapped to his wrist or an Oura ring on his finger. He used pen and paper (no iPhone either) to log his mileage, his time, the terrain, how he felt.

And, it was his book, The Complete Book of Running, that brought all this to our attention. Yet, it wasn’t just his book that got us talking.

On July 20, 1984, Jim Fixx, age 52, went for a run on Vermont’s country roads. He never came back. He suffered a massive heart attack, found by a passerby.

It was an unexpected event. Stories abounded; those who knew Fixx and those who didn’t scoured for evidence and explanation.

For those he didn’t see positives in the running, it was the running that killed Jim Fixx. They cautioned that many more unsuspecting enthusiasts could suffer the same dire fate.

For those who believed in the benefits of running, it was his running that allowed Jim Fixx to live longer and more productively in his middle years.

His father had suffered a heart attack at 35 and died at 43 of his second massive coronary. Given his genes, Jim seemed to have done well.

I’m not a cardiologist and don’t know Jim Fixx’s medical history, so I don’t have a story preference.

But I do know that often the stories we hue toward, as unexplainable events unfold, are the stories that confirm what we want to believe. Many are doing that with today’s events.

I don’t much care which Jim Fixx narrative you find more palatable. My main point is that Jim Fixx’s book, The Complete Book of Running, changed how we think about exercise, running in particular.

His book headed our culture down a different path.

If you’re looking for a new path today, is there a book that might help redirect you? To paraphrase familiar maxims, books come in many shapes and sizes. Sometimes, it’s the most unlikely missive that has the most significant impact.

In the coming weeks, as we pick up the pieces of 2020 and focus on the fourth quarter, I’ll have book recommendations and tips that will help you mobilize and set yourself up for a productive future.

If you’ve got a book that changed your thinking — on any subject — I’d love to hear about it — Heidi@TheLiterarySalon.com .

In the meantime, a few books about running that are bigger than the run.

Let Your Mind Run: A Memoir of Thinking My Way to Victory by Deena Kastor

Born to Run: A Hidden Tribe, Superathletes, and the Greatest Race the World Has Never Seen by  Christopher McDougall