Treat Your Reading Like You Treat Your Workout – Step 1

Many years ago, around 2000/01, when I was working for one of the top investment bankers at one of the better-known firms, I had the opportunity to lunch with a businessman from Cleveland.

He ran a sizeable family-owned conglomerate. And as is requisite for multi-millionaire businessmen, he also co-owned a professional sports team.

At the time of the lunch, I distinctly remember that Gordon Gund never mentioned his blindness. Instead, he talked about his basketball team.

For years the Cleveland Cavaliers had played consistently — in the cellar. They had one of the lowest fan attendance records and struggled to recruit basketball talent to their city, unlike rivals in New York and Los Angeles.

But Gund, as seemed to be his wont, was optimistic. He mentioned a young high school kid he was following. It would be a few years before the kid was available, Gund admitted, but he was enthusiastic about the young man’s skill and impressed with his attitude, work ethic, and thoughtful preparation as he considered his basketball future.

A few years after that lunch, LeBron James signed his first NBA contract with the Cleveland Cavaliers. James would go on to make history, as he continues to do, and the blind Gordon Gund would go on to a new chapter in life as a bronze sculptor.

It’s hard to know how their stories will unfold, but they are surely two remarkable humans.

When I look back, what resonates is the ability of both men to have purpose and a focus on preparing for an unknown future. Though they could not, and cannot, see how life will unfold, they are always taking steps in preparation.

Today, LeBron James continues to play basketball as one of the league’s ‘old men.’ In a 2018 podcast with Tim Ferriss, he was asked how long he would continue to play. LeBron answered with a new purpose he’s preparing for — playing in the NBA with his son.

And Gordon Gund continues to create with his bronze sculptures. 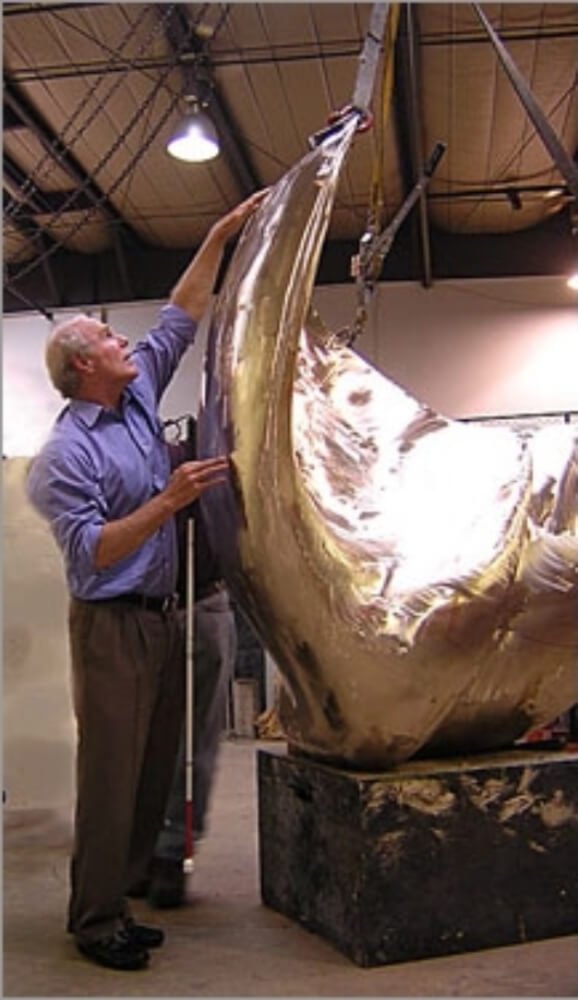 While it has not been my principal vocation, sculpting has been not only my principal avocation; it has increasingly occupied my mind (often in the middle of the night) in recent years. While with my eyes I can’t see the shapes I create, I feel them over and over again with my hands and my mind, and the result is in my mind forever. It takes me more time and patience than most sighted artists, and letting go is generally felt with more uncertainty. So it is satisfying to finish something that I have doubted along the way, spent a lot of time on, and given a lot of love.

What, You Ask, Does All This Basketball Palaver Have To Do With Reading (big) Books?

We’re happy to work on a mindset of optimism and preparation for workouts and life but rarely consider cultivating such skills for reading.

Having a routine of preparation for reading will improve your focus, speed, and retention. None of the suggestions below are new if you workout, but they may be new as applied to your reading.

— Manage The Narrative In Your Head —

LeBron James has talked about the innumerable times his team was counted out of a basketball game or championship — and the importance of ignoring that narrative.

Just as Gordon Gund must have managed any narrative he had running about becoming a sculptor as a blind man.

Many of us have a ‘big book’ narrative in our heads, and often it runs without our awareness.

As we gander at that doorstop sized book in the shop, it may sound something like:

“This book is going to take forever to finish.” Or, “I’ll never get through this. I’ve got too much other stuff to do.”

When this internal dialogue begins to play, consider reframing the sentences.

“What a great opportunity to dive deep.” And, “I’ll designate certain days/time for reading — just like I do with my workout.”

Reading a big book is just a series of chapters — read consecutively and consistently.

Choosing wisely is not always easy, even for the best decision-makers. In 2010 when LeBron James decided to leave Gordon Gund’s Cleveland Cavaliers and take his talents to the Miami Heat, he announced his decision — with a lot of hoopla — via an ESPN special called “The Decision.” No player had ever made his announcement in such a fashion.

Mostly forgotten, the video and LeBron’s decision were largely slammed as not a wise choice.

In retrospect, the television special may not have been the best choice, but LeBron’s decision to move to Miami turned out to be a good one and is now credited with changing the landscape in basketball between powerful, wealthy owners and individual players.

The same often happens with our reading choices. We pick up books randomly, only to spend days, sometimes weeks, struggling to get to The End. In the moment, that choice didn’t seem wise, but years later we’re still thinking about that book.

Several questions to help choose your next read wisely:

— Why am I reading this book? Is it related to another book I’m reading?

How does this book fit with my bigger purpose?

— What’s useful to know about the author?

— Is there a broader cultural context for this book?

— Who published it? When? What’s to be learned from the preface, acknowledgments, reference pages or footnotes?

— Listen to podcasts with the author to give the book more context. 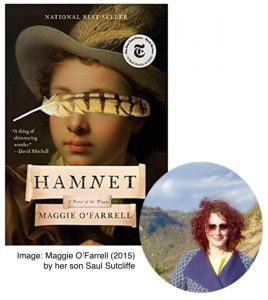 Recently, I read the marvelous fiction Hamnet by Maggie O’Farrell. Listening to BBC Radio 4 Open Book podcast or the Shakespeare Unlimited podcast with O’Farrell gave the book tremendous context and made the read so much more meaningful.

Today we know that hydration, exercise, nutrition, and sleep impact our physical capacities — and cognitive function.

High-performance athletes like LeBron are obsessed with these areas, yet those of us in other walks of life rarely consider the impact of water, weights, nutritious food, and solid sleep. Maybe it’s time we take a page from LeBron’s playbook.

Try these peak performance tips to improve your reading productivity:

One of the easiest ways to improve performance — physical or mental is to stay hydrated. Most of us are perennially dehydrated, and we don’t even know it. Research is now convincing that hydration — or lack of — significantly impacts our cognitive abilities. Stay hydrated if you want to read well. 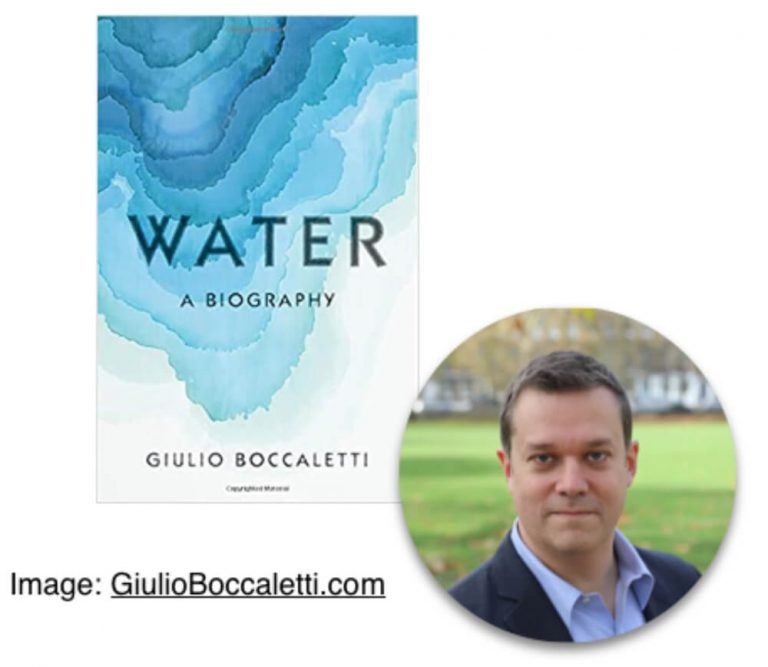 Though the book Water: A Biography by Giulio Boccaletti has nothing to do with hydration and peak performance, it’s a fascinating look at a substance most of us take for granted.

This book will put water into a new perspective. I highly recommend the audio version read by the author, a British-Italian scientist with advanced degrees from MIT and Princeton whose work has been recognized worldwide. 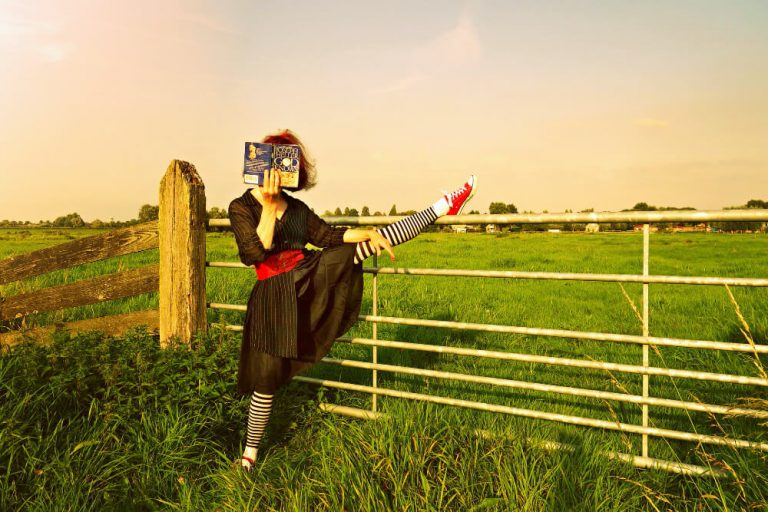 There is unquestionable evidence that physical activity improves various cognitive functions, particularly as we age.

There is more than enough information readily available in books and online.

But, you ask, what’s the best exercise? The single best answer I’ve heard to this question is — do the exercise you will do regularly!

If you need more convincing, check out this research.

Don’t Expect To Read Well With a Bloated Belly — and stay away from processed sugars. You wouldn’t consider doing a workout after a big meal — don’t try doing a focused read after a big meal, either.

Your brain is too busy digesting and unable to focus on the read. And, my personal bug-a-boo — stay away from processed sugar — If you want to have extended focus for reading a big book.

I am not unique in making this recommendation; plenty of books warn us of the damaging impact of processed sugar — just do an Amazon search. 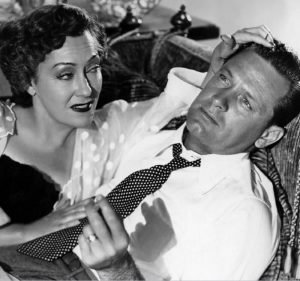 Above: Gloria Swanson and William Holden, Studio photo for the film Sunset Boulevard, 1950

One of the early advocates against processed sugar was legendary film star Gloria Swanson (1899 – 1983).

She was a ‘health nut’ — considered eccentric in her day. Way ahead of her time, she extolled the virtues of fasting, macrobiotics, yoga, spring water, and NO Sugar.

— Sleep. Or Your Head Will Slump On the Page!

LeBron is a famous sleeper — and big on naps! In this 2018 interview on the Tim Ferriss podcast, he talked about the importance of sleep for his well-being and performance. In recent years, sleep has become a hot topic, with everyone from Ariana Huffington to Dr. Sanjay Gupta extolling its virtues in books.

Dr. Matthew Walker wrote a mega-bestseller on the topic, Why We Sleep (2018). I highly recommend the audiobook. If you don’t have time for his book, you might check out his recent interview on Sam Harris’s podcast, Making Sense. 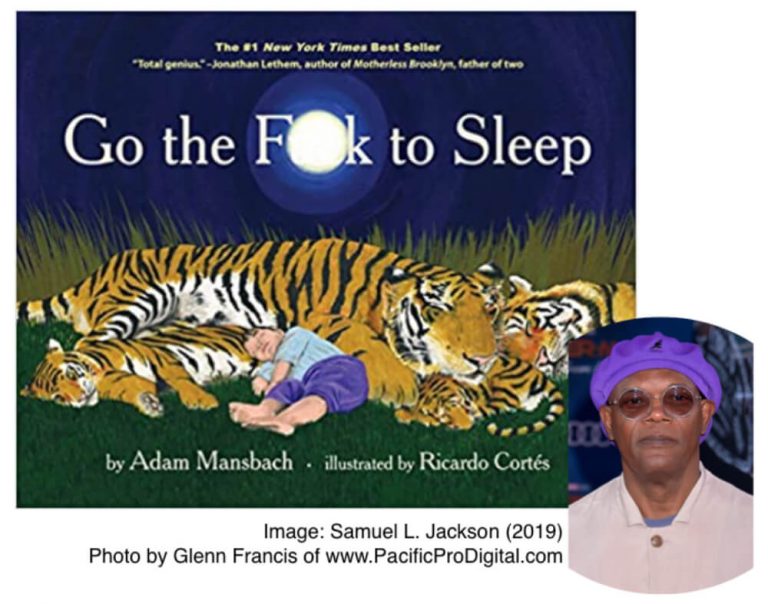 Finally, a favorite audiobook narrated by the veritable Samuel L. Jackson, Go The Fuck To Sleep by Adam Mansbach, Illustrated by Ricardo Cortés.

This is not a book for children. It’s for the adult in a child’s life. It’s not a big book — only 6 minutes in audio. Worth spending that audio credit, or giving it to someone with sleepless children, especially if they’re having a bad day!

— Manage Your Attention and Focus —

More than once in his career, LeBron James has had to decide where to put his attention and focus.

In 2012 when he and the Miami Heat were facing Game 7 of the championships, LeBron had to put aside talk of getting MVP.

Again in 2016, when he returned to Cleveland and they were headed into the second half of the basketball season, and there was big chatter in the media about player trades, LeBron had to once again focus himself and his team,

“For me, control what you can control and that’s not something none of us can control what happens,” James said following the first practice since the All-Star break. “The trade deadline happens every year and there’s teams that make moves, teams that don’t make moves. We’re all here to find out what happens and if there’s nothing we’ll be ready to go. But I’m in the mindset that I’m ready to get these guys for tomorrow and the Bulls game.”

Again in 2020, as he played for the Los Angeles Lakers, who were sitting pretty with a 2-0 lead in the NBA Championships, LeBron again reminded himself, his team, and the world to stay focused and prepared. 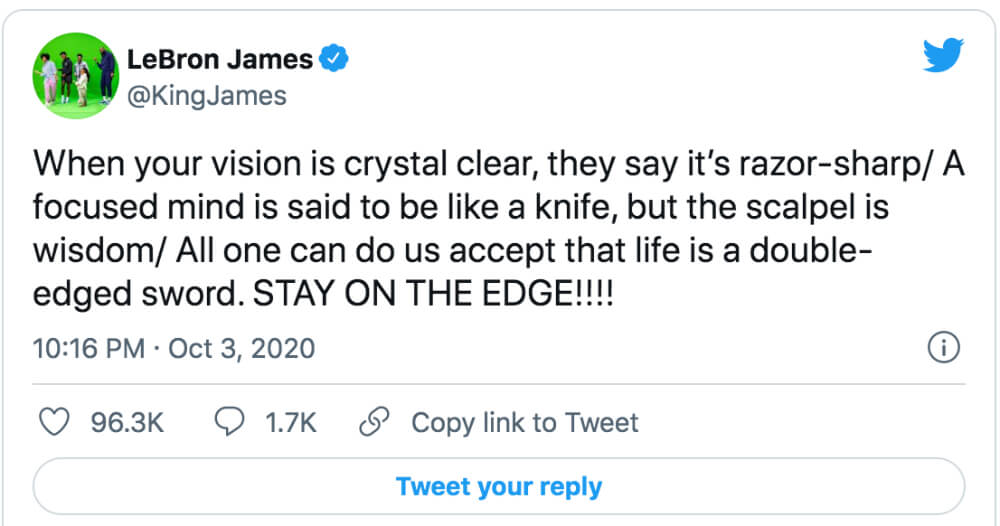 Perhaps, it’s his ability to again and again prepare and focus that sets him apart. Throughout his illustrious career, he’s picked where to put his attention then prepared to focus. Skills anyone can develop, and most of us need to improve, especially when reading a big book. There’s always a new chapter.

Besides, if you can focus enough to read that big book, you’ll benefit by getting better at focus.

Like many things, the connection between focus and reading is circular.

Recent research now shows reading improves focus, attention span, concentration, and memory. Soft skills all of us need if we’re going to succeed in the coming decades. But truth to tell, there is no magic bullet for teaching someone focus and attention for reading. There are, however, some steps you can take immediately that will improve your chances of peak performance reading:

— Put your phone in another room — Wear headphones or earplugs to concentrate — Find a location without distractions — Keep a notebook or paper handy to ‘brain dump’ all the to-do’s that will suddenly pop into your head as you try to read!

A popular and practical book on attention and focus that I’ve mentioned previously is Cal Newport’s Deep Work: Rules for Focused Success in a Distracted World. I hope this winding journey via the NBA will inspire you to prepare when you want to read a (big) book.

Want to Make Sure You Don’t Miss a Thing?