In his bestseller, When: The Scientific Secrets of Perfect Timing (2018), Daniel Pink writes about the arbitrary days in the year that we imbue with meaning. These are dates that carry extra energy and power so we can begin again. There’s power in these days. 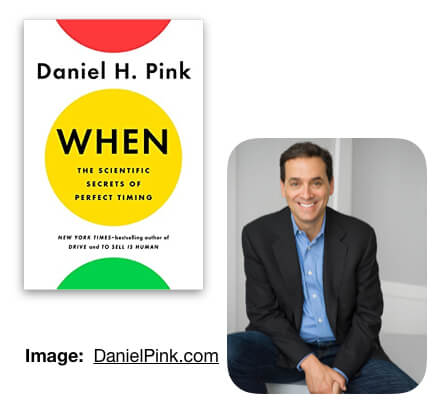 These are the dates when we declare that we’re going to start something — a diet or an exercise program. Behavioral scientists call these dates ‘fresh start’ dates. The classic example is January 1st.

In his book, Pink identifies 86 other possible fresh start dates: first day of school, first day of the month, the beginning of the week, your birthday, first day of a new job, day after a major holiday, an anniversary of some sort — any day of your choosing that carries some meaning for you.

Most of us start a new habit such as a diet or exercise program by picking a fresh start date to begin that ‘new thing.’

As you think about a possible book, here are three things to ponder:

If we start with a tiny bit of big book trivia, we might ask, what’s the longest book ever written?

The answer: it depends on your criteria. What data are you going to use? Do you go by page count or word count? Do you include all books the world round? Or just books available in the English language? Do you include fiction and nonfiction? Do you include only the books from mainstream publishers or self-published books, too? And, what about Kindle books?

Artamène, or Cyrus the Great, is often considered one of the longest Western European novel. Published (1649-54) in French under the name Georges de Scudery, Its estimated 2,100,000 million words came in ten parts, each part consisting of three volumes.

The novel written by Madeleine de Scudéry (1607-1701) was published under her older brother’s name. Madeleine defied the norms of her age, once again reminding us that our modern age is not as modern as we think.

Madeleine never married, died at age 93, had a long writing career, and was part of the first literary salon at the Hôtel de Rambouillet established by Catherine de Vivonne, Marquise de Rambouillet, whom I wrote about in a prior post.

Madeleine wrote several lengthy tomes and was an outspoken advocate of education for women as a means of social mobility rather than the use of beauty and cosmetics.

Her upbringing was modest without social rank or wealth. Her parents died when she was 6 or 7. She and her elder brother, Georges, were put in the care of an uncle. The uncle believed in education — for both his foundlings. Madeleine learned writing, spelling, drawing, dancing, painting, plus she studied agriculture, medicine, cooking, Spanish, and Italian.

Madeleine became an outspoken advocate of education for women as a means of social mobility rather than the use of beauty and cosmetics.

As an adult, Madeleine wrote several lengthy bestsellers. Often set in Ancient Greek and Roman times, her novels were littered with very thinly disguised ‘celebrity’ personages of her day, making her books instant bestsellers. Gossip is good for sales in any era.

Reportedly a skilled conversationalist, she established her own salon as her notoriety grew. Today, Scudery’s tomes are rarely read (I have not) and largely forgotten — except as a footnote in literary history for her record-setting word counts.

However, she lives on in a fictional Madeleine Scudery by E.T.A. Hoffman (1776–1822). One of the first crime/detective fictions Mademoiselle de Scudéri. A Tale from the Times of Louis XIV is a novella (no, it’s not a big book) published in 1819. Widely considered one of Hoffman’s best, it continues to be read today by his large cult following.

There are plenty of reasons to read a big book. Here are two (big) reasons.

Reading a (big) book will build your attention span and focus that will serve you well in other areas of your life.

These days we hear a lot about the deleterious effects of technology and digital distractions to our well-being.

Most of us nod energetically in agreement and tell ourselves;
“I’m just checking my email for a moment.” “I’m only on two social media platforms.” “I’m good at multi-tasking.”

We disregard the mechanics of our brains and the price we pay for the constant pull on our focus and attention — even for a moment. There is no such thing as a slight glance or multi-tasking. “Switching cost” is a real thing — for everyone!

Read any of the books listed below, and you’ll learn how profoundly our brains are disintegrating in this digital age.

1.  The Distracted Mind: Ancient Brains in a High-Tech World (2016) by Adam Gazzaley and Larry Rosen

2. Deep Work: Rules for Focused Success in a Distracted World (2016) by Cal Newport

3.  Digital Minimalism: Choosing a Focused Life in a Noisy World (2019) by Cal Newport

Simple things, like our ability to hold onto a thought, have rapidly decreased. Research suggests that in the early 2000s, most of us could hold a thought for about 12 seconds. In 2017 that ability dropped to around 8 seconds.

The advantages of cultivating focus and a longer attention span cannot be overstated. Reading books — long form content — will help you build your skills of focus and attention!

Isaac Newton (1642/43 – 1726/27) was famous for his ability to spend long periods focused on a problem. According to his assistant, Humphrey Newton (no relation,) Sir Isaac often worked — reading, note-taking, thinking, or running experiments — for 18 hours straight, day after day.

“In a morning he seem’d to be as much refresh’d with his few hours sleep, as though he had taken a whole night’s rest.”

He was also oblivious to hunger — often wholly forgetting to eat even when food was brought to him and sat at table in his study.

In his years of reading and study, Newton produced his most revolutionary thinking in optics, gravitation, Biblical studies, calculus, and alchemy — giving us foundations for modern science and new ways of understanding the Universe.

Newton spent hours reading. By the end of his life, he had amassed a library estimated to contain between 1600-1800 books and treatises.

Undoubtedly, reading many long books helped instill the discipline that Newton needed to remain committed to thinking about his scientific questions.

To quote Shane Parrish, a former Canadian intelligence officer turned blogging entrepreneur, who has written extensively about the importance of reading on his website FS.blog otherwise known as Farnam Street;

“You can’t get where you want to go if you’re not learning all the time. One of the best ways to learn is to read.”

He’s put together some of his best thinking in a unique series of books called The Great Mental Models. With his co-author, Rhiannon Beaubien, he’s gathered some of the best thinking in systems, mathematics, chemistry, biology, and general first-order creative concepts.

Shane has one of my favorite podcasts, The Knowledge Project, where he explores questions of science and culture, interviewing restauranteurs, authors, gamblers, writers, behavioral scientists — pretty much anyone who accomplished something interesting in the world. No surprise, Shane is a big reader.

Reading a (big) book will also give you a sense of satisfaction, especially if your book is well-chosen. You’ll gain momentum as you plan for a better 2022.

3. How do I recommend you tackle a (big) book read? 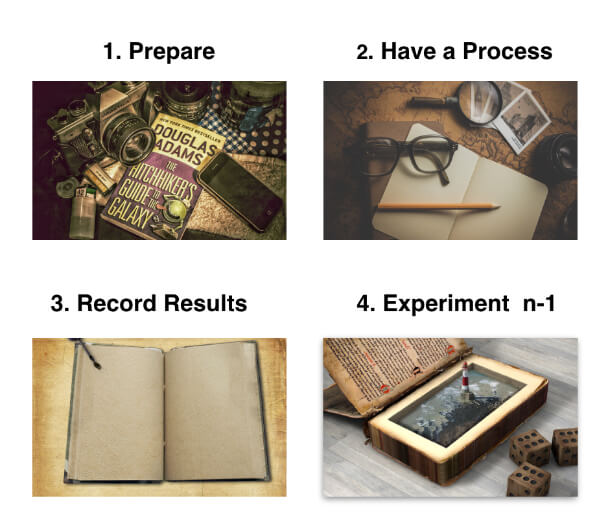 There’s a lot to say about each of these four points. So, more to come in forthcoming blog posts and our newsletter.

Want to Make Sure You Don’t Miss a Thing?