Start Where You Are... Then Work To Become More 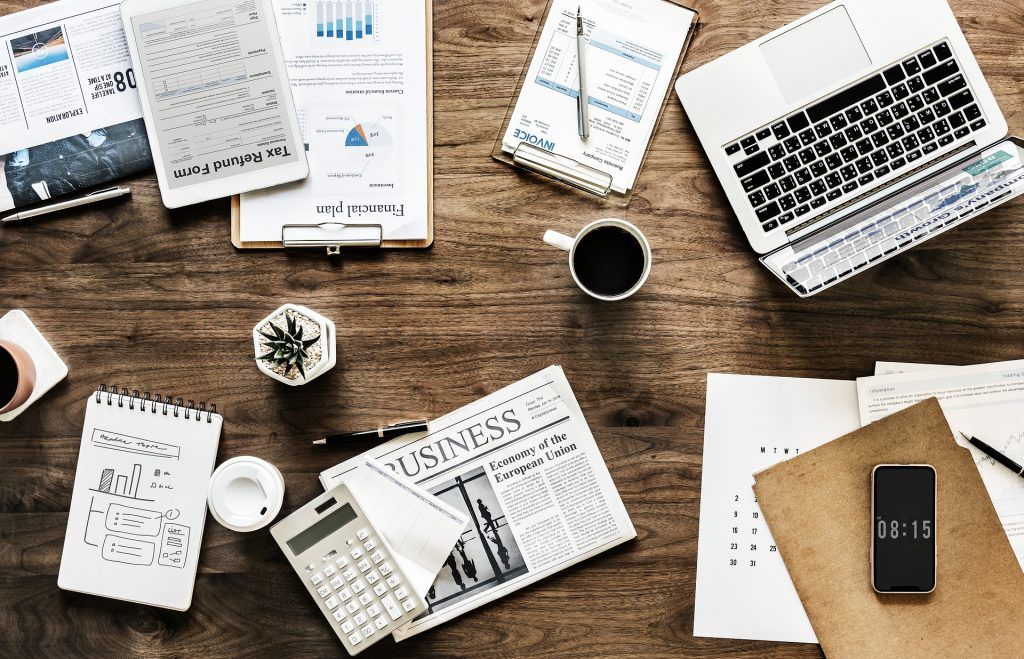 Several year ago I started to feel old.  I complained about being tired.  I hated getting up on Monday morning.  I spent the workday waiting for it to end.   And when it did and I got home, I plopped myself in front of the TV with a bag of carbohydrates and mindlessly began to shove them into my face while I equally mindlessly watched the tube.  This went on for years.  Increasingly, I was getting less and less out of life.

I wish I could say there was a major precipitating event like a health diagnosis, a traumatic divorce, loss of a job or death of a loved one that lead to personal change.  There was none of that and all of it.

When I began to shift my time and energy focused on what I could do to transform rather than feeling victimized by circumstances or reliving the slights and unkindnesses of others, the world took on new meaning.

My personal changes began slowly and continue to unfold today.  The minute I feel I’ve achieved one small change, another opportunity to push growth appears.  I hope this journey will always be on-going until my final breath.

Throughout the journey,  there have been countless books that informed and inspired me.  Old and new texts and I hope many future books whose light I have yet to see.  For each of us, the list of books to inspire and inform is different but our lists are always endless in this lifetime.

If you are on this journey, too, below are a few BookBundles and additional resources I hope you find interesting with many more suggestions to come. 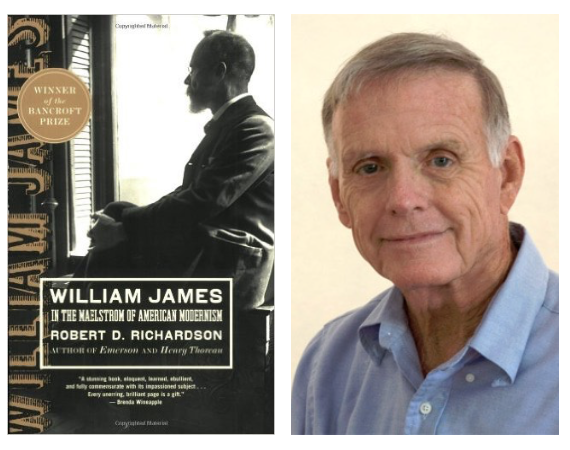 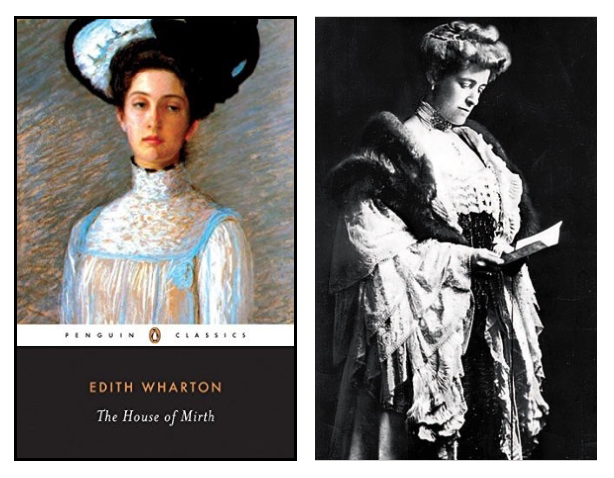 WILLIAM JAMES: IN THE MAELSTROM of AMERICAN MODERNISM BY ROBERT D. RICHARDSON

I’d bet that the majority of Americans have little to no knowledge of William James.  I’d go further to suggest that he is one of the most underrated thinkers of all time who gave us notions of positive psychology, the power of one’s mind and an individual’s power to become more.

William, brother to the novelist Henry, is often considered the father of modern psychology and one of the foremost American philosophers.   He was a physician and lecturer at Harvard and left a huge array of papers and journals filled with his thoughts and ideas about the human condition, the workings of the brain and modern living.

This book is not for everyone.  As Richardson it’s author says, it is an ‘intellectual biography.’  That said, it is a fascinating dive into one man’s life and an exploration into the events, books and contemplations that made William James one of the foremost American thinkers, ever.   If you want to expand your brain, you’ll want to become familiar with William James.

Here’s a brief conversation with Robert D. Richardson and Jacki Lyden  on NPR’s All Things Considered

Here is a brief video explaining James revolutionary concepts of time.   He is credited with coining the phrase stream of consciousness.

THE HOUSE OF MIRTH BY EDITH WHARTON

Edith Wharton knew a thing or two about becoming more.   She moved in the upper echelon of  19th century society.  She travelled the world widely when travel was expensive and only for the richest of the rich. She knew the intellectuals of her time who were worth knowing. And, she wrote extensively about gardening and decorating your home.  She built The Mount (where she wrote much of The House of Mirth) a home with plenty of more — before she left the United States and moved to France where she lived until her death in 1937.

In 2000, Terrence Davies turned Edith Wharton’s The House of Mirth into a movie with Gillian Anderson.   It seemed a fitting choice then as we entered the new century; and now as we close in on the end of the second decade of the century, it seems even more appropriate to revisit Wharton and The House of Mirth.

The novel is a scathing, gloves off look at a young woman, Lily Bart eager to find a life with more — more society, more feathers, more gloves, more love, more attention, more, more, more.  It is a cautionary tale, especially for women, who desire to live a bigger life.   It’s a period piece whose social message may have faded but whose moral message still carries weight today.   Chasing what others have deemed to be of value, will not lead to a happy or fulfilling life.

PBS program, Moment of Luxury on Wharton’s home, The Mount. 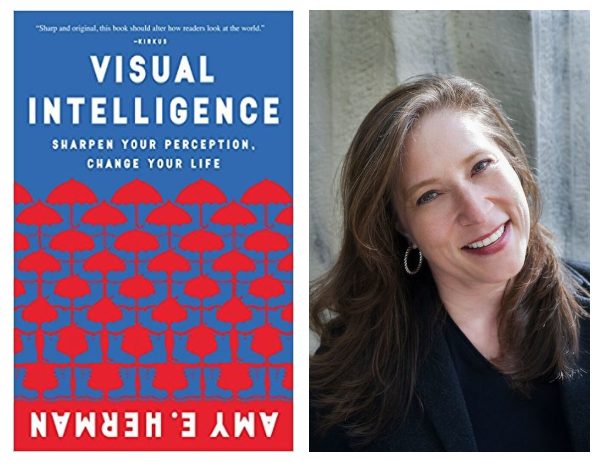 Science now proves this statement correct.  Brain imaging shows an increase in the the brain’s cortex (the outer covering of the brain) in people who have a meditation practice.

No arguments here.  A simple concept, much harder to implement.

Though the writing is sometimes uneven, the content is extremely useful and supported by the scientific data cited.  It is well worth the read for anyone interested in corralling their runaway mind and improving the overall well-being of their life.  Hanson’s book is chalked full of easily implementable, practical tips.

Hanson has several books (including his bestseller, Hardwiring Happiness), additional on-line courses and lots of free resources on his website, RickHanson.net.  He’s a frequent keynote speaker.   A sampling below:

Visual Intelligence, as the title suggests, was written to help people (law enforcement, medical professionals, business executives, other mere mortals) observe the world around them more accurately and then convey that information to others more effectively.

Amy Herman, the book’s author, has been teaching the skill using works of art for several decades.  Why should you want to see better?   Herman contends that by observing more you’re able to make better critical decisions (especially at higher stress moments) and — equally as important — you’re able to better communicate important information that might be critical to others.  It’s a skill, Herman contends, that will benefit anyone looking to improve their life.

Herman is an articulate and interesting speaker.   Several examples:

Interview from the podcast: The Art of Charm

Mastery is Robert Greene’s sixth bestselling book. Several have garnered controversy.   His first book, The 48 Laws of Power was once characterized as chicken soup for the soulless.

Mastery is about just that, mastery.  By profiling several historical figures and contemporary men, Greene explores the personal traits and habits needed to become a master. He is a gifted storyteller and a wise teacher.

Forbes did an interview with Greene and wanted to know “How to Become a Master of Any Skill”  ~~  Here you go! 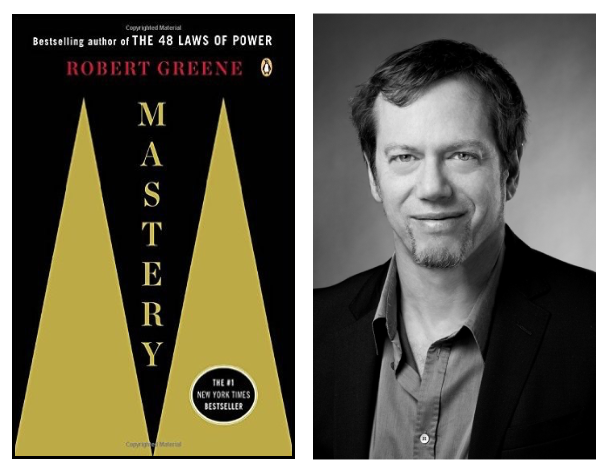